Today, in advance of Vision Expo East 2016, one of the world’s most important trade shows for the vision industry, ZEISS will debut the world premiere of “SEEING!” a full-dome planetarium show on sight and the precious gift of vision. The screening will take place at the Hayden Planetarium at the American Museum of Natural History. The 25-minute planetarium film will be distributed for free to more than 1,500 planetariums worldwide through the International Planetarium Society, starting in June 2016. 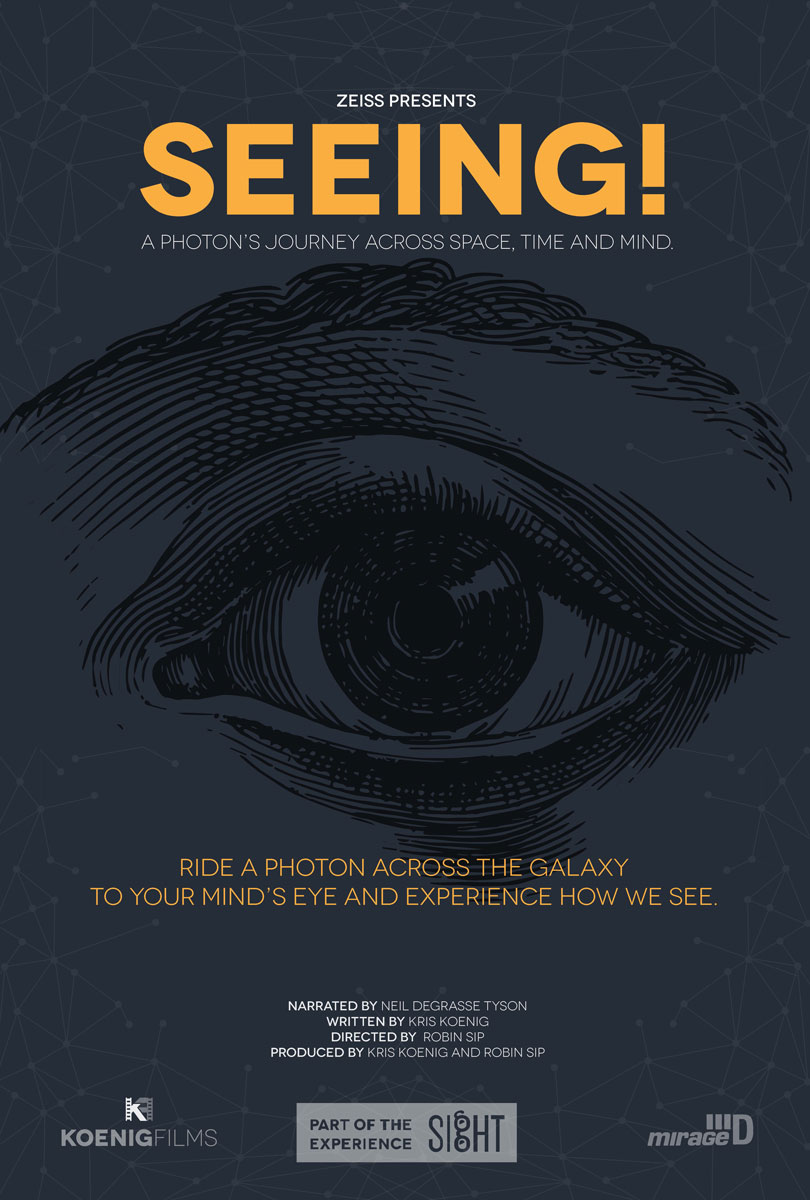 SEEING! – A photon’s journey across space, time and mind
Funded through a generous grant by Zeiss, “SEEING!” will bring the story of sight and vision to planetariums worldwide. Produced by Mirage3D and Koenig Films, “SEEING!” follows a photon’s creation and journey across the galaxy to a young stargazer’s eye. The viewer follows the photon into the girl’s eye, learning the structures of the eye and their functions, prior to taking a ride on the optic nerve. “Seeing!” was directed by Robin Sip, written by Emmy Award© winning writer Kris Koenig and narrated by Dr. Neil deGrasse Tyson, American astrophysicist, cosmologist, author, science communicator and the Frederick P. Rose Director of the Hayden Planetarium at the Rose Center for Earth and Space in New York City.

“SIGHT: The Story of Vision”
A one-hour documentary on sight and vision – “SIGHT: The Story of Vision” – along with “SEEING”, are part of a set of multimedia products, including a robust website, mobile app, eBook and a public outreach events that will be presented by associated public television stations across the U.S. The domestic and international broadcast will premiere on World Sight Day in October 13th, 2016. “SIGHT” will provide the public with an understanding of the science, medicine, and technology that allow us to see, while increasing the viewer’s appreciation for their own sight. The story includes threads on worldwide vision crisis and the humanity that battle to eradicate blindness. Music legend Sir Elton John narrates the documentary.

This concept of interconnect media is modelled on the extremely successful National Science Foundation awarded project “400 Years of The Telescope”, which was developed for the International Year of Astronomy and included a PBS science special under the same title and the planetarium film “Two Small Pieces of Glass” that has played in over 46 countries in 24 languages to become one of the most screen immersion films in history. “SIGHT” underwritten by several major vision industry players, among them ZEISS, Luxottica, VSP, Alcon Foundation and the Brien Holden Institute Foundation.

More information on “SIGHT” and “SEEING!” including trailers is available at http://storyofsight.com.